Lukas will be showing a short presentation (or possibly a demo) on a VR hardware, technical side project that he’s been working on.

Mike from Infinite State Games is going to show us his Frutorious HD on iOS.  It is a completely re-designed and re-polished remaster of Frutorious SD.  The SD version released in 2012 was nominated for two TIGA awards. This version has totally HD art, every single level has been polished and re-balanced to within an inch of its life, and has had innumerable tweaks and improvements made over the last 3 years. It has 144 levels of goofy puzzle platforming action and NO IAP!  Oh also, the voice of Frutorious F.I.G. is provided by Bristol based rapper ChetMega. Come and have a play and give feedback & ask questions….

So join us on the 26th Feb at 7.30pm – we’ve got a buzzer! The entrance is off Thomas Street, just up from the junction of Thomas St/Stokes Croft, above what was DHS Heating.

We’ve got the new board games night on 4th March at 7.30pm – full info below in ‘Diary’ section…

A group of 8 Junior Digital Producers at KWMC are creating a documentary to address the issue of reported increased numbers of 13 – 19 year olds who are socially isolated. The team has started a Made Open crowd funding campaign here to contribute towards equipment that they need and promoting the project. You can read more about it here and get in touch with them on Twitter and Facebook.

Bristol based Allicorn Games proudly launches their first title this month. “Heckabomb”, a twin-stick shooter for PC, will be available on Steam and other stores from Feb 27th.
http://store.steampowered.com/app/344300

Our 2nd title with Games Workshop has just hit Steam. It can be found here: http://store.steampowered.com/app/307600/ – if you are a reviewer and want a review copy, drop us an email to geoff at aurochdigital.com. We’d appreciate if you could Like this Facebook post, Upvote this Reddit post and/or RT this tweet!  Thanks 🙂

Barbara-ian is a super fast paced twin-stick dungeon crawler focused on pure action. Using a physics-based combat system where 1 hit kills kills anything and everyone (including you), collect randomised weapons and master the procedurally generated dungeons. Unlike other dungeon crawler heroes, Barbara-ian has no inventory, no skill system, no health bars. She doesn’t want to duel with her enemies, doesn’t want to carry a bag full of calipers OR tongs, and she doesn’t need a spreadsheet to tell her how to kick ass. She just wants to smash.  Our greenlight page is here. There’s a beta-testing build available here (which everyone is welcome to)  Aaaaand the trailer, featuring a beautiful rendition of O Fortuna with the lyrics… adjusted, performed by myself, Sam Chester & colleague Kristian Andrews, is here  (Watch the volume on that one). Follow us on twitter for more updates! @SamChesterD & @KristianAndrews

Play Nicely (www.playnicely.co.uk) are looking for an experienced freelance Unity 3D developer & a3D character animator. Experienced freelance Unity 3D developer to work in-house for an exciting project starting in the next couple of weeks. 3D character animator for rigging and animating high res human characters, AAA game quality. Can anyone interested in this role email megan at playnicely.co.uk with your availability, day rate and a link to your most recent portfolio please?

EU Fund for Games is Open

…to show their games off at the event. Find out more and get in touch…

On Tuesday, 24th February, Opposable Games will be hosting the SouthWest VR Conference. Tickets have now sold out and the office is buzzing with excitement. We’ve got some incredible speakers coming to talk about aspects of narrative, storytelling and the way virtual reality will shake up the entertainment industry. After three months of hard work, planning and late nights, the team is almost ready for the event. As you can imagine, the event’s organiser Dan Page is over the moon! All the hard work is now paying off and in just under 4 days time, the fruits of the team’s labour will be realised.

Recently additions to the lineup include local tech start up Ultrahaptics, which has been continuously making headlines with its award-winning tactile technology. Delegates of the South West VR Conference will be given the chance to try out this impressive technology. Another recent addition is the mindbogglingly impressive company Nozon, who’ve somehow managed to add positional tracking to 360 videos.

Adding to our great features, exhibitors and speakers, we will be live streaming the event in virtual reality in Riftmax Theatre! This means viewers can put on their DK1 and DK2 Oculus Rifts, meet up with the rest of our virtual reality community and watch the event’s talks for themselves. In addition to this, we’ll be filming the event in 360 with the help of immersiv.ly, and making the talks available and viewable in VR at a later date.

During the day we will also be fundraising for UK charity GamesAid, a great organisation that helps disadvantaged and disabled children and young people. We’re on the lookout for volunteers to help out with the running of the conference. If you’re interested in virtual reality and want a chance to brush shoulders with some of the most influential people in the industry, this weekend is your last chance to contact us! It’s going to be an amazing day, we’re looking forward to seeing you.

See above for details.

New European Media is an industry association that advises the European Commission on its funding programmes. Its constituency includes all major European organisations working in the networked and electronic media area: content providers, creative businesses, broadcasters, network equipment manufacturers, network operators and service providers, academia, standardisation bodies and government institutions. NEM is currently developing a proposal for a major European fund to accelerate the development of ‘immersive entertainment technologies’. On February 26th the organisation is hosting its General Assembly in the UK for the first time. This will be a major event, featuring leading figures in the fields of media and entertainment technology including a presentation by Colin Davidson, Chief Scientist at The Imaginarium Studios. Colin is a double Academy Award winner and a world expert on 3D, computer vision, VFX, performance capture, and image-based modelling. You can get more information and register for the event here: http://nem-initiative.org/19th-nem-general-assembly/

Join us on 4th March from 7.30pm at Bristol Games Hub to play board games! We’ll have a few here but also bring yours along to play. Last event was great fun and lots of new and classic games were played… Email tom at aurochdigital dot com if any queries…

GDC is here again in San Francisco, USA. You might want to support Dames Making Games going there to show off dames making games? 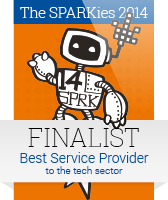